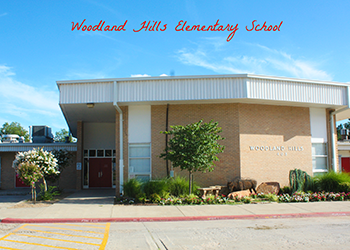 Woodland Hills opened its doors to our first students during the 1968 - 1969 school year, and for its day, represented a whole new look for schools in our city. With its movable walls, it easily accommodated team teaching. Six additional classrooms, the library, and the music room were then added in 1983. With a projected growth in enrollment, due to the military plans for BRAC, the district built eight additional classrooms that were completed in August 2006. In 2018, a Saferoom Building was built to provide a storm shelter for the safety of all students and staff.

We envision a collaborative partnership to produce students that are:

We treat others with RESPECT and understand difference is what makes us unique.

We are RESPONSIBLE for our actions and ACCOUNTABLE to learn from our mistakes.

We are LOYAL, HONEST, and RELIABLE, always a friend to those in need.

We are KIND, CARING, and HELPFUL, making the world a better place to be.

We are here to make a DIFFERENCE and to get BETTER every day.

We take PRIDE in being a WOODSMAN!